Notice from the City of Pearland

From Associate's to Bachelor's

Alvin Community College classes are now available at University of Houston Clear Lake at Pearland. You can complete an ACC Associate degree in General Studies, Psychology, or Computer Information Technology and make a smooth transition into the University of Houston-Clear Lake’s baccalaureate programs. 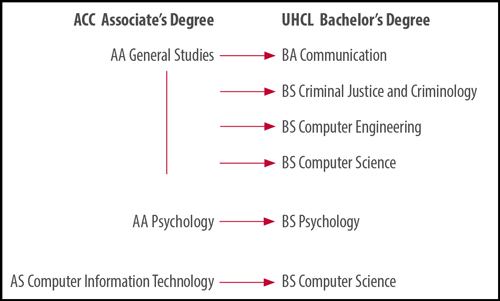 All classes are held at UHCL Pearland