Alvin Community College has nine members on the Board of Regents. Each member is elected to a six year term, and all members serve at-large. 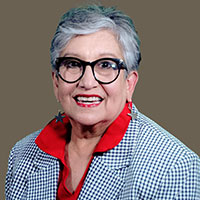 Board Chair Sanchez is a retired educator from Alvin Independent School District where she served as Director of Bilingual Services.  She has given her time to many organizations including serving as President of Soroptimist International of Alvin, board member of the Thelma Ley Anderson YMCA, board member of the Community Health Network, a former member of the United Way of Brazoria County, a former member of the Brazoria County Red Cross and a member of the Delta Delta Chapter of Delta Kappa Gamma. She has an Associate’s Degree from Wharton Junior College, a Bachelor’s Degree in Special Education from the University of Texas at Austin and a Master’s in Education from Pan American University. Chair Sanchez’s late husband Dan also served as an educator and coach. She has two sons Christopher and Michael, and two grandsons, Calvin and Michael.

Board Vice Chair Droege is Vice President with TDEC, Inc.-- Electrical Contractor. She is active in her community serving with several civic and professional organizations including Soroptimist International of Alvin, American Institute of Professional Bookkeepers, Alvin ISD Education Foundation, Alvin Manvel Area Chamber of Commerce, Alvin Sunrise Rotary, and Alvin Community College Foundation. She earned her Associate’s Degrees in Business Administration and Management from ACC. She has been married to her husband for 37 years and has two children, Nick and Lauren, and four granddaughters. Regent Droege has won numerous community awards including: Brazoria County Junior Achievement Business Hall of Fame, Soroptimist International of Alvin Volunteer of the Year and Woman of Distinction, Community Foundation of Brazoria County Philanthropist of the Year, Alvin Manvel Area Chamber of Commerce Small Business of the Year and Citizen of the Year and Rotary International Paul Harris Fellow Awards.

Board Secretary Hertenberger is a retired Dean of the ACC Continuing Education Workforce Development program. Her educational background includes earning an Associate’s Degree from Alvin Community College, a Bachelor’s Degree from Sam Houston State University, a Master’s Degree in Higher Education from the University of Houston-Clear Lake and a Doctorate in Higher Education from Nova Southeastern University. Dr. Hertenberger and her husband have been married for 48 years.

Regent Kam Marvel is a Talent Technology and Support director with San Jacinto College. His educational background includes an Associate’s Degree in General Studies from Alvin Community College, a Bachelor’s Degree in Child Youth Development from Charter Oak State University and a Master’s in Science Degree in Instructional Design and Technology from St. Thomas University. Regent Marvel and his wife are proud ACC alumni. His children attended the college Lab School and are alumni of the Dual Enrollment program.

Dr. Crumm is the staff veterinarian of the Veterinarian Hospital of Alvin. He is active in his community serving with the Galveston County Area Veterinary Medical Association and the Alvin Community College Foundation. Dr. Crumm has an Associate’s Degree from ACC, Bachelor’s Degrees in Animal Science and Veterinary Science from Texas A&M University, a Master’s Degree in Public Health from the University of Texas Health Science Center in Houston and a Doctorate in Veterinary Medicine from Texas A&M University. Regent Crumm is married to his wife Mary Jane and has two children. 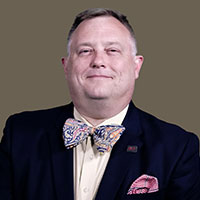 Regent Shelton is a supply chain technologist and CPO with FuelTrust. He has volunteered with local organizations including the Lions Club, Alvin Manvel Area Chamber of Commerce and the Lone Star Harbor Safety Committee. He studied at Stephen F. Austin State University and Hope University. He and his wife, Aimee Shelton, are the proud parents of three daughters, all of whom are ACC alumni. In addition to his professional duties, regent Shelton has served as a chaplain for three police agencies and is currently Pastor at Hope Tabernacle in Alvin.

Regent Starkey is the owner of 1820 Coffee House and 1820 Marketing. He volunteers his time with the Alvin Sunrise Rotary Club, which he will serve as President in 2022-23. He is also a board member of the Alvin Manvel Area Chamber of Commerce. Regent Starkey has a Bachelor’s Degree in General Studies from the University of North Texas. 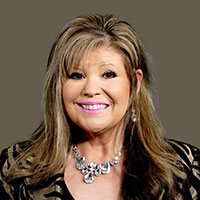 Regent Reyes-Hall is a residential and commercial real estate Broker/Owner with her firm Reyes Realty Group LLC. She has served with several local organizations including the ACC Foundation Board, Alvin Noon Lions Club, Alvin Manvel Area Chamber of Commerce and more. She attended ACC and earned an Associate’s Degree in Business Administration, as well as Bachelor’s Degree in Tourism Science with Texas A&M University. She has been married to her husband David for 22 years and has a daughter Gabriella. Her father Andy Reyes is a former Mayor of Alvin and is co-owner of Reyes Realty Group. Her mother and daughter have earned Associate’s Degrees at ACC. 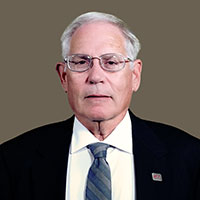